"Sea Ghosts" is an artistic project intending to pay homage to the migrants, victims of trans-Mediterranean human trafficking. See the images in situ.

People have gone missing in the Mediterranean for years. Looking for economic and political security fundamentals of human rights. Their plight is largely ignored as though it is a something which will go away if we don't look at it. When it is noticed it is discussed in terms of economics in Europe: how many can we accept? what impact will they have on European economies, and values etc? It is rarely discussed in human terms: sacrifice, suffering, loss, racism, dehumanization or even in terms of North / South power relations.

However, we know deep down, despite the blind eye turned, that the migrants won&rsquo;t go away. From time to time we do pay more attention because of the Syrian refugee crisis, for example but we rarely recognise trans-Mediterranean migration as a long-term phenomenon and a reality of our contemporary world. Whether we accept to look it in the face or not.

In the past people were - in the future people will be - exploited, raped, robbed, dehumanized, and will drown in the Mediterranean Sea. Their only crime is to want a better life, free from economic or political persecution, which is denied to them at home and denied to them in the West. What we see when we choose to look closer is a massacre without witnesses, no complaints and very often no burial, because most of the victims perish at sea and their bodies are not recovered.

We intend to give presence to the victims, ordinary people, depicting them behind a metaphoric screen of water; this thin sheet of water which could save them or engulf them, fragile, beautiful and extremely dangerous. The intention is to pay homage to the thousands of anonymous people who risk everything for a better life for themselves and their families. The exhibit will be symbolic representations of migrants &ldquo;missing&rdquo; at sea. Not images asking for pity, not moralizing or giving a lesson or warning, but quite simply figuring these people those missing at sea ; with a presence which was denied them in the real world where they were relegated to a marginal existence. The visuals will emphasise human dignity. They will be ordinary people but the symbolic transparent mortal frontier of the sea will have diffracted their bodies.

We intend to present the images in cities from where the migrants and refugees come in West and North Africa. They will also be presented at the intended first destination of the migrants in southern European cities. The works will be exhibited at exterior locations as well as in classic exhibition spaces encouraging dialogue between the cities and peoples. When exhibited at exterior locations the exhibition will be composed of large digital reproductions

We will use the visuals to begin a debate and discussion on the question of these invisible people, whose affirmed presence is denied in our Western world. We want to place the public visiting the exhibits in the positions of witnesses. To say: "yes, now I know that "fantômes" (ghosts) exist" 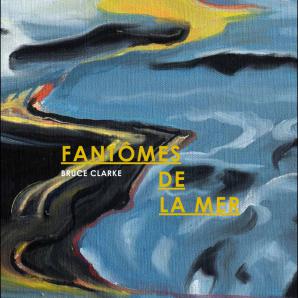