One million stones, each bearing the name or a distinctive sign of a victim, will be posed on a site of approximately one square kilometre.

The stones will be placed by members or friends of the victim''s family in the course of a commemorative ceremony. But not exclusively. Any other person who feels conceerned, Rwandese or not, will be able to place a stone in memory. This ceremony could go on for several weeks or even months. It could even be a long-term process. In the months or years following the institutional ceremonies in April, individuals could come and place a stone in memory. The garden will thus grow on its initial site even after its official inauguration.

The first stone in this on-going project was placed by Mme Jeannette Kagamé, first lady in June 2000. In this year of the 25th commemoration of the Tutsi genocide, the Garden of Memory will be completed.

One million stones, each representing a victim were to be posed on this historic site of memory in Nyanza, Kicukiro. Stone represents the permanence of memory. It is resilience. Stone is for eternity.

The stones are placed in a garden, representing rebirth after the genocide. The garden is not just an ordinary garden. Every feature here is an allegory of suffering and safety, of despair and hope. It is a Garden of Memory, of many memories.

We cannot count the victims, one million is a symbolic number; there were certainly more. We will not count the stones. The victims are not represented in any figurative form; they only have a symbolic presence in the stones, leaving the trace the victims were never able to leave in their lives, saving them symbolically from oblivion. The stones will be posed in an artistic formation from different central points gradually opening out towards the periphery in ceremonies initiating ritual and the beginning of a mourning process.

Other features in the garden, the forest of memory, the waterways, tell the story of how nature protected and saved, miraculously, a few. The genocidal project failed because there are survivors, there is memory of what happened. This Garden represents that memory.

Some stones have been placed by members or friends of the victim's family in the course of commemorative ceremonies. We hope that, like all gardens, this one will grow. More stones will be posed, more trees planted, more life will thrive.

Other artistic features will soon be created in the garden near to the central amphitheatre and the flame of life. Tall Upright Men, Women, Children, saying to all that we are symbolically still standing. With dignity, with resilience.

We survived. We are upright. 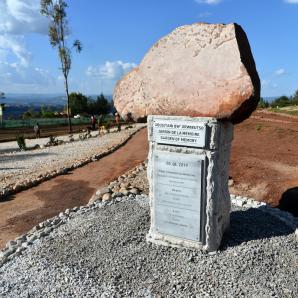 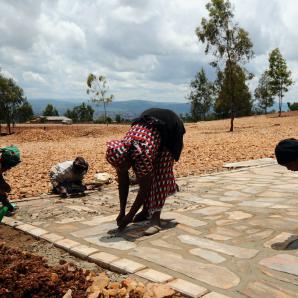 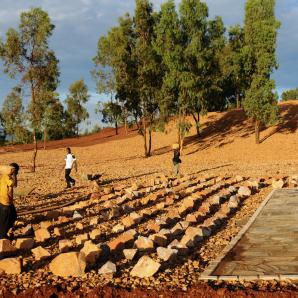 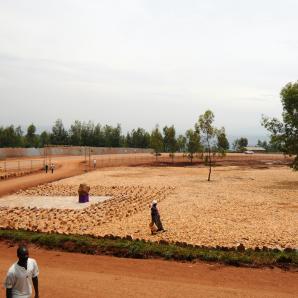 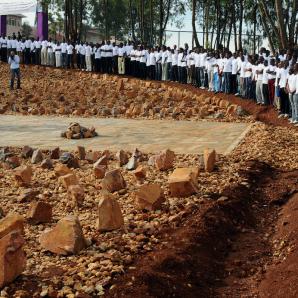 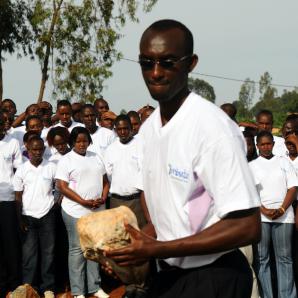 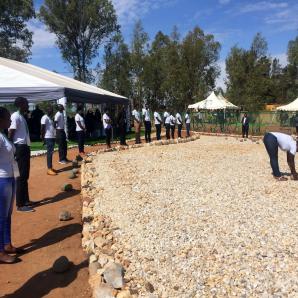 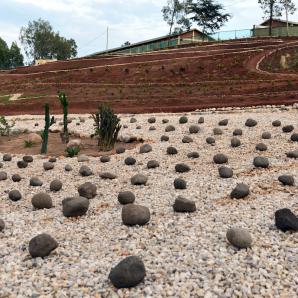 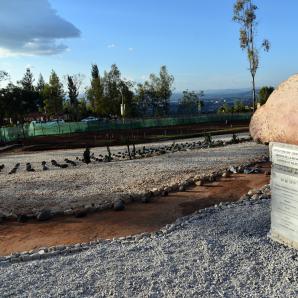 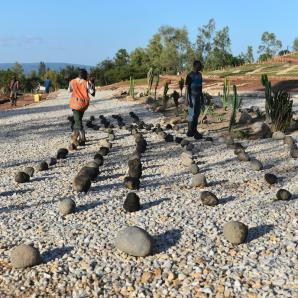 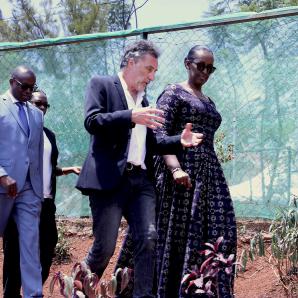