A Memorial project for the genocide of the Tutsi in Rwanda 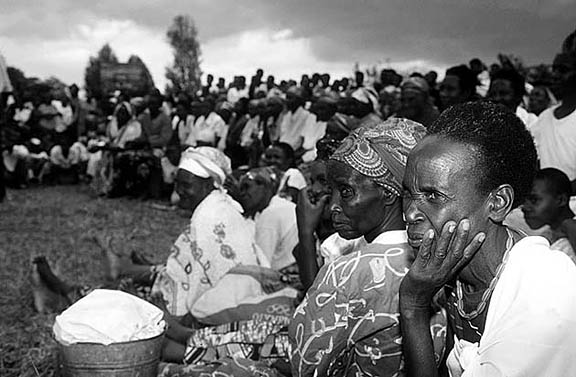 One million stones, each bearing the name or a distinctive sign of a victim, will be posed on a site of approximately one square kilometre.
The stones will be posed from a central point gradually opening out towards the periphery, as the Garden becomes larger. In this way, after posing the first stones, more and more people will be able to participate in the ceremony without hindering each other. As the stones are placed, the design of the memorial will take on a form representing the terraced hills of Rwanda.

The stones will be placed by members or friends of the victim''s family in the course of a commemorative ceremony. But not exclusively. Any ither person who feels conceerned, Rwandese or not, will be able to place a stone in memory. This ceremony could go on for several weeks or even months. It could even be a long-term process. In the months or years following the institutional ceremonies in April, individuals could come and place a stone in memory. The garden will thus grow on its initial site even after its official inauguration.

By its very nature, the Garden will be the biggest collective creation of modern times. It will be defiant in the face of those who try to forget the genocide.

Nyanza Kicukiro has been designated as the site on which the Garden will be constructed. It is near Kigali and is symbolic of the abandonment of Rwandese by the international community during the genocide. It will be visible from far and easily reached from the capital. 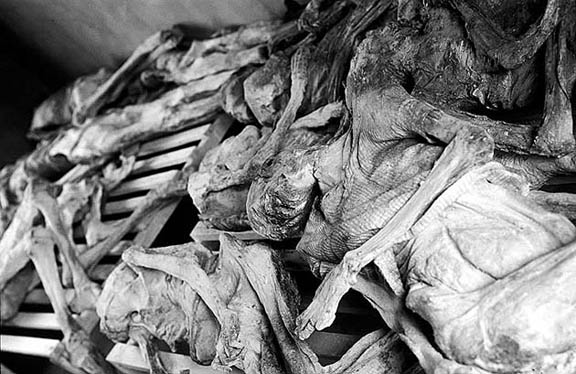 27 000 were massacred in this technical school in Murambi. Photo © Bruce Clarke

There will be no "depiction" in the artistic sense of the word.

Normally depiction is limited to the field of what can be depicted. It often lacks reverence for the victims and their families. It can make images of horror look banal and thus "normalise" the horror itself. We need memorials that encourage reflection and contemplation, which involve the onlooker. An abstract depiction transcends conventional forms and encourages reflection, respect, and humanity.

Land covered with one million stones posed regularly could look like a non-confessional cemetery. However, signs of different faiths will not be present, leaving to believers or to non-believers the choice to see religion or not in the site. To an extent, it will be a reappropriation of the spirituality. "Garden" symbolises rebirth after death.

Artistic aerial representation of the Garden of Memory, 2009

However, it must be underlined that this project assumes fully its utilitarian function: the cathartic process implied in its construction, and the refusal to forget or negate the existence of the genocide. It is an artwork that fully assumes its political function.

"How can one depict the unnameable, the unimaginable?" is a question which has often been posed by artists. Contrary to other types of monumental art which establish a distance between the "artistic" and the "human", this work will be created by a whole community and will be an evocative synthesis of the relation between the survivors to the world in which they now live. 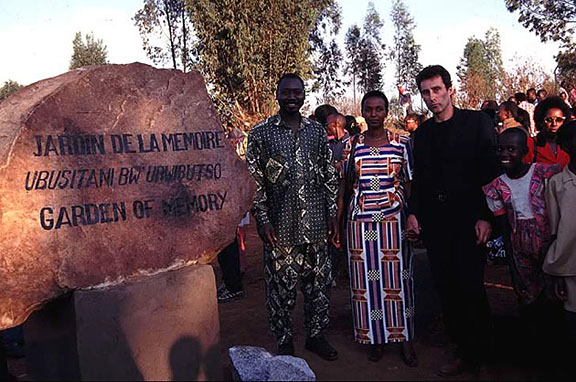