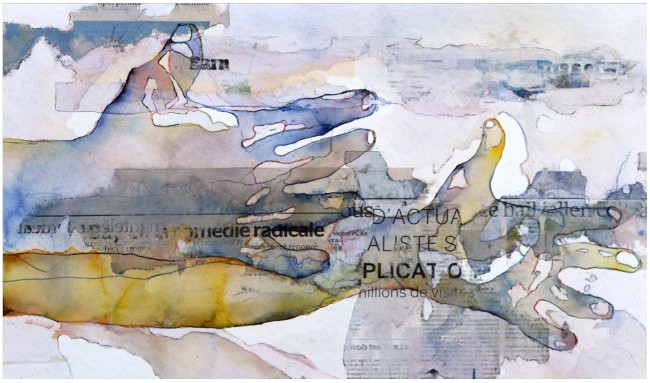 Visual artist and photographer, now based in Paris, he has exhibited in France and abroad since 1989.

His art deals with contemporary history, the writing and transmission of this history.

He would like to see his work as stimulating reflection on the world and the representation that is made of it. Recognising that art provides a privileged domain of expression in a complex world he situates himself outside of an overtly self-centred or over personalized form of contemporary art, suggesting that one should not be a bystander in the face of history, but that individual activity can attempt to play a role in the making of that history.

He has collaborated with Fest'Africa in Lille, France on the project " Rwanda : Write, film, paint for memory", and with the Afrika Cultural Centre in Johannesburg, South Africa.

In 2002 he was artist in residence in Guadeloupe, French Caribbean at the invitation of the Conseil Général. The residence finished with a large exhibition entitled “Fragments of tomorrows history”, dealing with the intrinsic links between slavery, colonialism and globalisation.

As a photographer he has also published reportages on South Africa, Rwanda, the return of Liberian refugees, Palestine, etc.

Involved as an activist in the anti-apartheid struggle, he has always tried to integrate political commitment in visual art research, placing his work in a current of critical figuration.

Author of the on-going project, "the Garden of Memory" a memorial sculpture for the victims of the genocide of the Tutsis in Rwanda. The project has received the supported of UNESCO and is being realised in partnership with the principle associations of the civil society in Rwanda.